“For God so loved the world that he gave his one and only Son, that whoever believes in him shall not perish but have eternal life.”  John 3:16 (N. I. V.)

I once read in an encyclopedia that, “some people call this short verse the ‘Mini Bible’ because it summarizes the entire Bible in one sentence." It can be said that it represents the essence of Christianity. The reformer Martin Luther, as he lay on his deathbed, called the Gospel of John the “Condensed Bible” and the “Condensed Gospel”

Because of this verse, my husband, Michio Ono, decided to register our car with the custom number plate “3 16”. This verse is well known even to non-Christians and is often referenced in church sermons. He found his faith at the age of 30, in the town of Gainesville in Florida, USA. This scripture left an impression on his heart. I’d like to share his testimony.

The testimony of Michio Ono

“And we know that in all things God works for the good of those who love him, who have been called according to his purpose.” Romans 8:28 (N. I. V.)

At 30 years old, I had never been to a church or even touched a Bible. My parents raised me to be disciplined and not to bother other people. As a neurosurgeon, I could never find the words to comfort the families of patients who had lost their lives. I didn’t know what to do. At some point I learned to put my feelings aside and stopped worrying.

My marriage to Megumi was not my first. In 1982, shortly after marrying my first wife, I moved to the USA to be a research fellow at the University of Florida. My wife had gone to Sunday school in her childhood and wanted us to start attending the local Baptist Church together. I wasn't interested in Christianity, but I went along because I wanted to have as much exposure to the English language as possible. It was here that we met Mr. and Mrs. Davis, who invited us to their home every Tuesday night to teach us the Gospel of John. I wasn’t interested in the Bible, but I always looked forward to Mrs. Davis’ delicious dinners. At the time it felt like the messages from the Bible were going in one ear and out the other.

After a while, my wife fell pregnant and eventually had a seemingly smooth delivery. Twenty hours after the delivery, however, my wife died suddenly from a pulmonary embolism. The blood vessels in her lungs were obstructed extensively. The saddest day and the most wonderful day of our life together were wrapped up into one day. “Why?” I lamented, “Why did this happen to us?”

The next day I found and read her diary for the first time. Most of the entries were about joys, prayers and the happiness she shared with her friends. Unfortunately, I also found two sad entries. In the first, when she had asked me to go to church with her, I had said “I don’t want to go today, because I’m tired. You can go alone.” In the second entry, she had written about a small mistake she had made for which I had criticized her repetitively. Until then I had believed that I had loved my wife with 100% of myself, but after reading her diary I realized that I had been self-centered and lacking in love and compassion.

On the second night, I was in a pit of despair. The pastor told me about an interaction he had had with my wife. He had gone to visit my wife in her hospital room to celebrate on the evening of my son’s birth. She had asked him to baptize her right there and then. He was so pleased. He told her “You have confessed your faith by mouth, so you are already a Christian.” Upon hearing that, I was convinced that my wife was saved and had certainly been welcomed into heaven.

Then, at 4 o’clock the following morning, I woke up with a jolt. I could hear the sounds of prayer coming from somewhere. At the time, I had never prayed. It struck me that the prayer was in English and not Japanese. It seemed that the prayer was pouring down from heaven. I wrote it down right away. The prayer was the conviction and gratitude to God for having given me my precious wife and new-born child, and for having welcomed her into heaven. Later that morning I saw the stones and flowers on the roadside with renewed wonder. Everything, especially peoples’ faces, seemed to be shining so brightly!

Five days later I prayed this prayer at her funeral service in the church. Even though she had only lived there for a year, many people had come to mourn her death.

Three weeks later I was baptized and became a Christian. Shortly thereafter, my mother-in-law was also baptized. As soon as I became a Christian, I felt a calling to be a medical missionary in Africa. Immediately after I was baptized, I contacted the American Baptist Mission to send me to Africa as a missionary, but the door didn’t open at that time. My boy, Tomoyuki Damon (the second name given by the pastor) had been raised by my parents and my late wife’s parents in Japan for a year and seven months. This was because I had already planned to do neuropathology research in New York after my time in Florida.

Once in New York, I began to attend the Methodist Japanese Church. It was through this church that I would meet my second wife, Megumi. Her older sister was the pianist on the worship team, and I heard about how Megumi was living in Japan, and she was in residency training to be a medical missionary in Africa. I returned to Japan to meet her. We shared our hopes and dreams about serving in Africa. We believed it was God’s plan that we work together as a family. We got engaged one week later, and three months after that we were married in New York. My eldest son came to live with us, and we had two more sons together. We worked together as a missionary family in eight different countries over twenty years. We don’t always know what God’s plan is, but He always guides us and fulfills us so that we can play our role in His great plan. I give praise to the Lord with all my heart.

Let’s turn back to the Bible. I think that faith is not “what humans do”, but “what God did for us humans.” It can be said that God’s love for human beings is spoken in verse 16. So what is love? In short, I would say that you can describe it as valuing others, respecting their existence, and spending as much time with them as possible.

“Antonyms of love are more indifferent than hatred” - Mother Teresa

I believe that love and interest are almost the same thing. God has interest in us.

In the second half of verse 16, it is written that God sent his Son to give us true, eternal life. He gives it to us through His Son, Jesus Christ. God doesn’t want us to live out our lives without us letting Him in. God is the one who cares for us and watches us while we’re living, dying and even after we die.

Everyone is worried about the life they are living now. Especially as we are facing the difficulty of COVID-19. In various difficulties, tribulations, and struggles, we are losing our will to live. My hope is that as we struggle through this tough time together, a new stage of our lives in this world will begin. One that is supported and guided by the love of God. 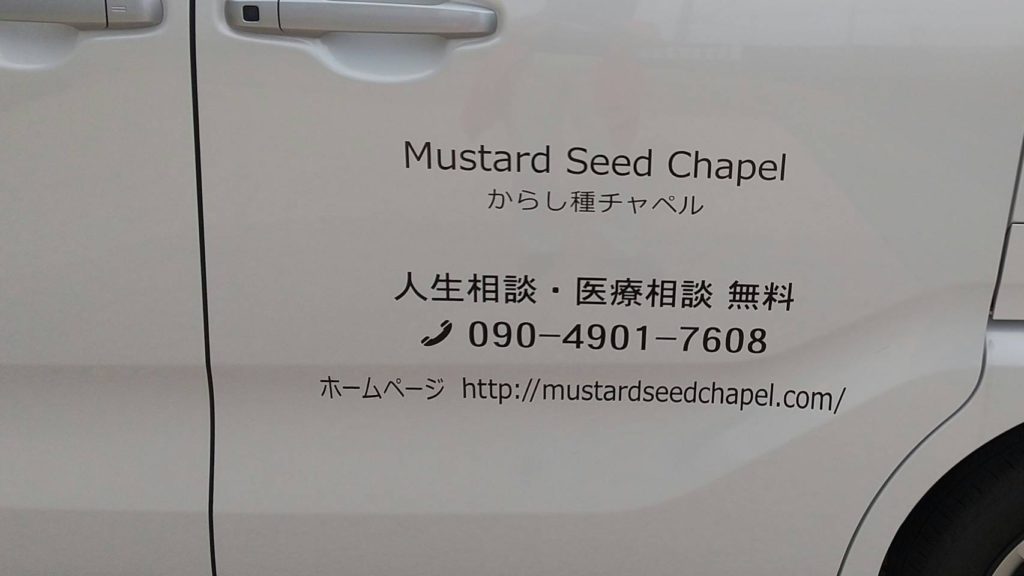 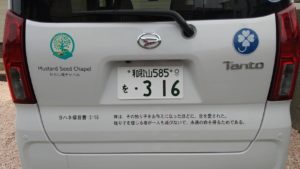 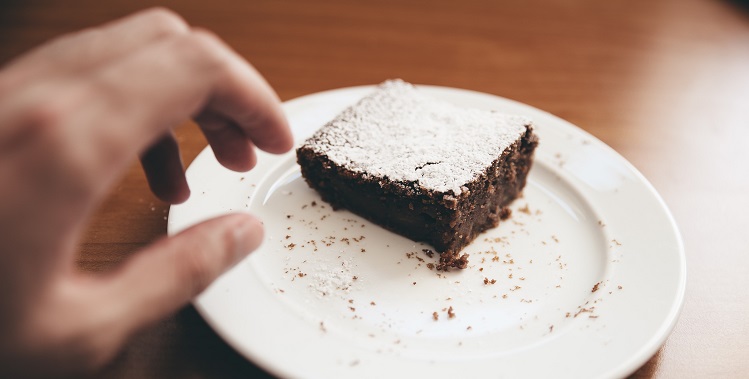 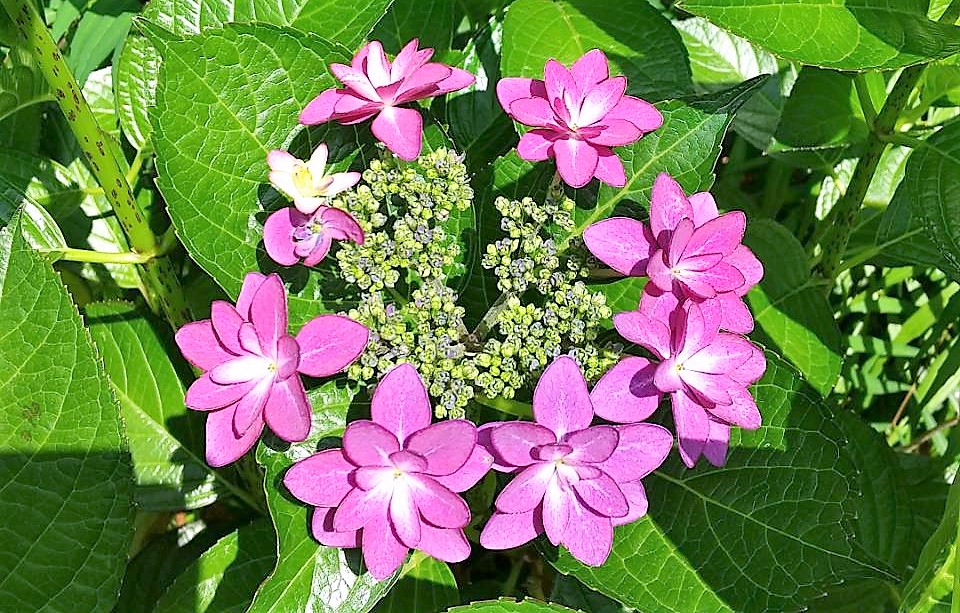 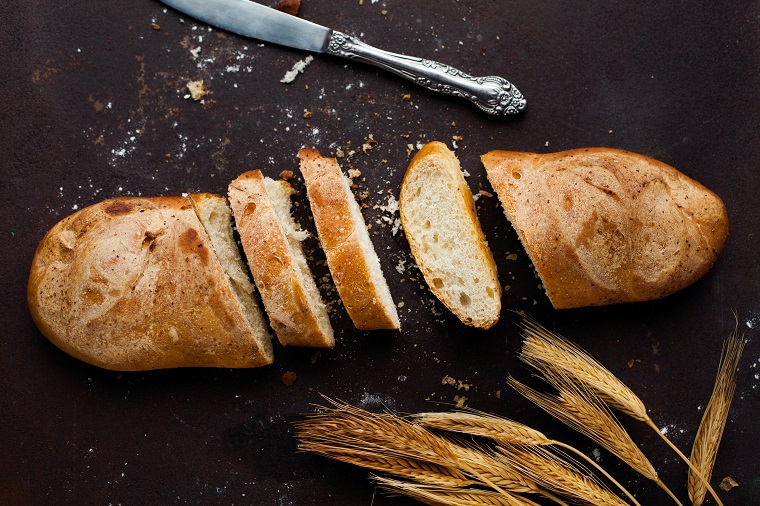 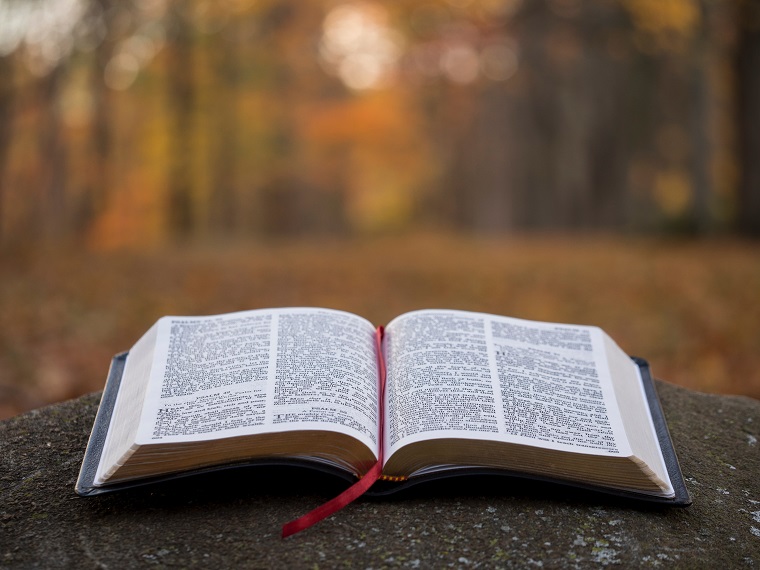 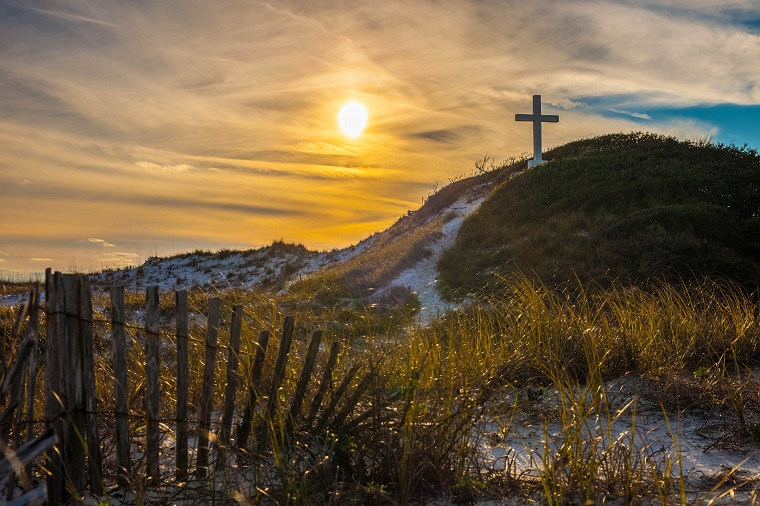 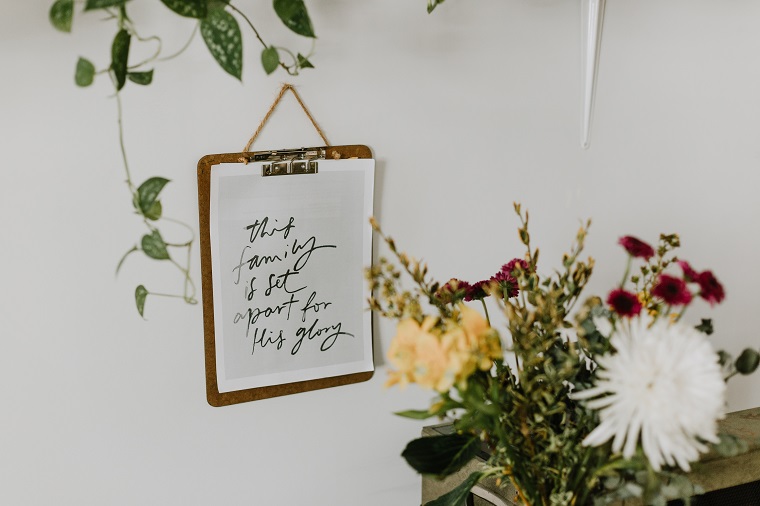 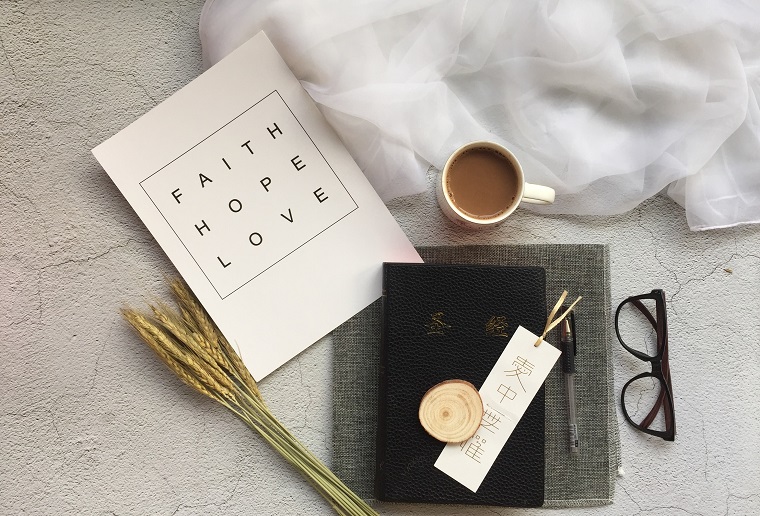 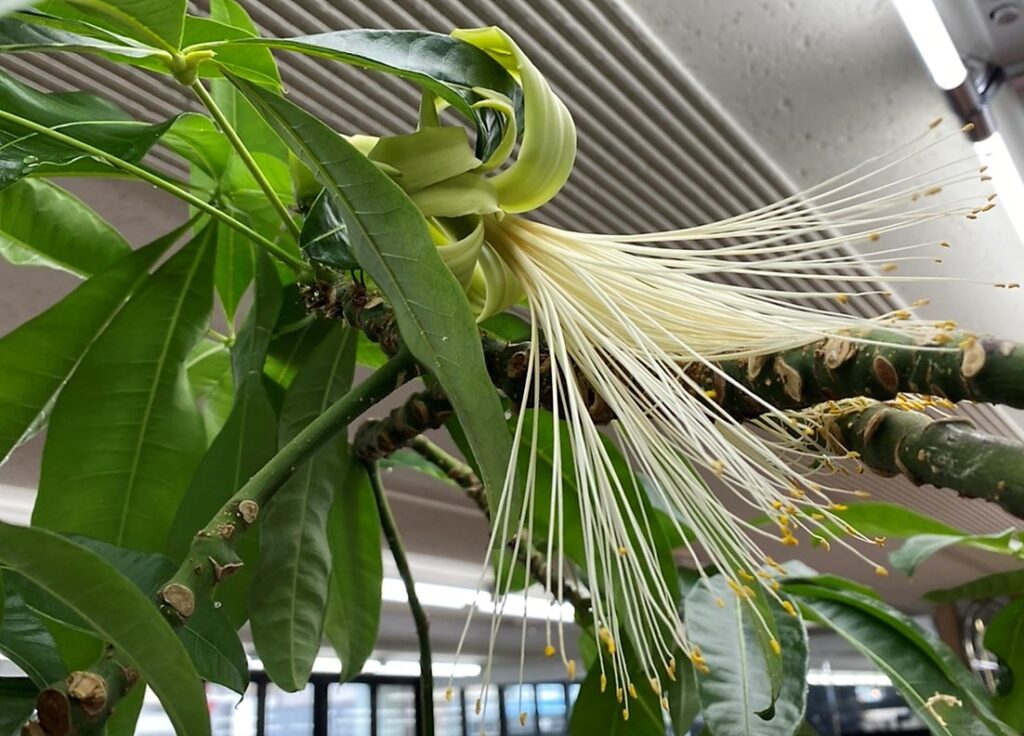 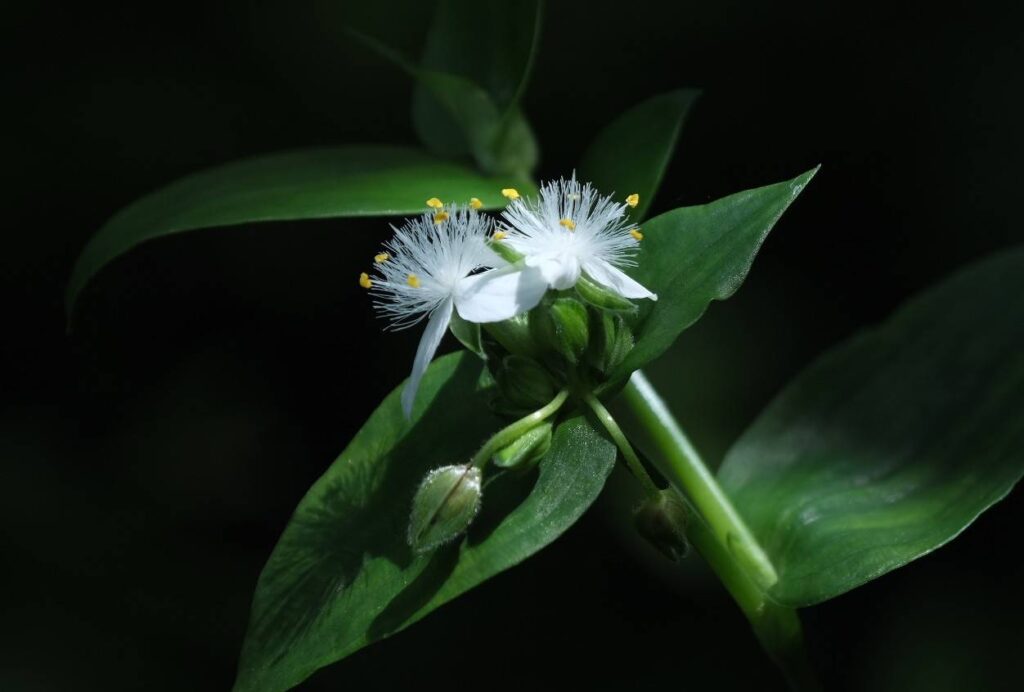 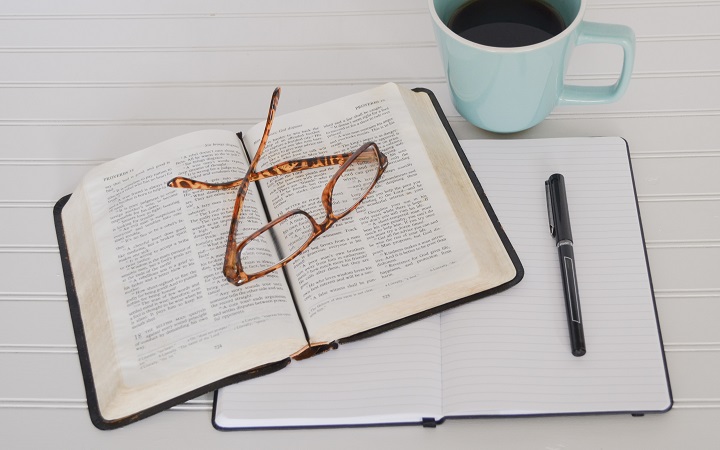 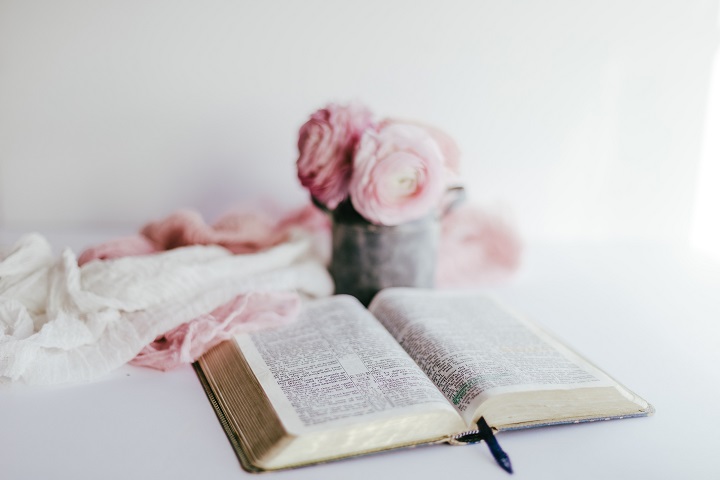